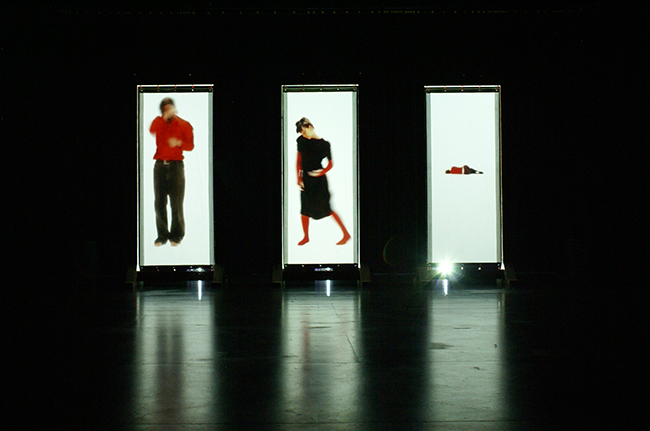 Elegant, beautiful and touching...I couldn’t pull myself away.
Theatre in Wales.

Small Tides is a self-contained video installation designed to run continuously. Five exceptional dancers seem to float through an ambiguous white space. The aesthetic is raw, the footage has a worn out feel and with its cleverly thought out choreography and meticulous editing, the material never exactly repeats. The result is a mesmeric, absorbing, haunting flow of endlessly shifting relationships and scenarios emerging and fading away. Mysterious, lyrical and resonant with longing, viewers become absorbed in the endless flow of change and connections.

Small Tides is available for bookings and can adapt to significantly different sized venues. It has been presented at Elysium Gallery in Swansea (2010), Dance Days at the National Waterfront Museum (2010), Riverfront in Newport (2011) and Wales Dance Platform in Cardiff (2011).

Five short films were made from the footage (titled Smaller Tides) which were shown as part of Solo in Azione Video 2010 and toured with Espressioni 2010.

There is a sense of timelessness, an echoing loneliness. Where are these people, and how long have they been there?
Young Critics Wales