Caroline has performed with many companies and artists over a twenty five year career. Here are a few highlights.

Earthfall - Girl Standing By The Lake, I & I, Forever and Ever, Fabulous Wounds, Rococo Blood, You to Remember and Too Old To Dream, the Bafta Cymru Award winner for Best Short Film in 1999.

Caroline was a core member, touring worldwide with this multi-award winning company from 1994 – 2001.

Based on a novel by Michael Toppings and placed in a house in Canton, each performer created their own presentation of the text. Winner of Best Theatre Show 2004.

Commissioned for the Cultural Olympiad in 2012.

Joanna shows a meticulous precision, creating sparse and emotionally resonant choreography. Re-creating Penguin was made and toured in 2012.

Written and directed by Gerald Tyler in 2013 – Reverie was a thrilling interactive theatre game.

Created in 2013 and touring Wales, Happiness Repeats Itself is a dance theatre piece taking a disturbing look at the work of infamous lobotomist Walter Freeman. 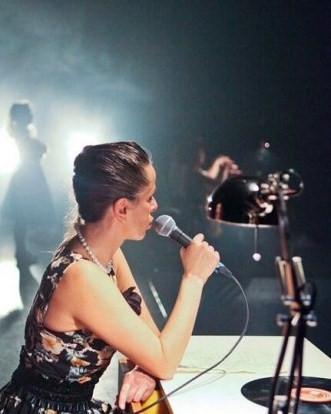 Set in the Royal Opera House stores near Mountain Ash in 2015 and directed by Marc Rees, (150) tells the extraordinary story of the 150 Welsh migrants who sailed to Patagonia to start a new life.

Lea has a unique and crystal clear vision and an uncompromisingly detailed process. A short version of Ladies and Gentlemen was created in 2012 and was expanded into a full length piece, showing at Chapter Arts Centre in 2014 and The Place in 2015.